Single Action Shooting (SAS) is a popular discipline because of the mix of re-enactment through dress and the use of antique or historical firearms commonly in use in the pioneering period of the ‘Old West’ in the USA.

The discipline allows the use of single action revolvers, lever action rifles and double barrel shotguns (lever action or coach gun) common to the period ending around 1896. The skills associated with using these antique or reproduction firearms present a challenge to both pistol and long arm shooters. 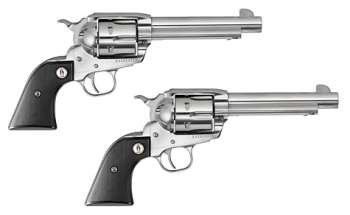 The single action revolvers, whether they be Colt, Smith & Wesson, Remington or other less known makes that existed during the period, fortunately have been reproduced by modern manufacturers such as Ruger, Uberti and Western Arms. The use of modern metal technology and machining processes allows the reproduction revolvers to withstand the rigors of competition; however, there are purists who will only use the original firearms.

The majority of calibres are either obsolete or nearly obsolete, having existed for more than 130 years; however, there is still a strong attraction to the .44-40, .45 Long Colt, .45 Schofield and similar cartridges. In fact, in certain categories of competition only these original calibres may be used.

The .357 and .38 Special calibres are popular with many shooters and in fact the early forms of these calibres were in use in the time period, although to a lesser extent.

The early cap and ball revolvers in calibres .36 Navy and .44 calibre are popular in the Frontiersman category, where only black powder may be used.

The competition itself is conducted using the international rules, as promulgated by the world governing body – Single Action Shooting Society.

Matches comprise a number of ‘Course of Fire’ or ‘Stages’, each being a separate competition within itself. Scoring is generally the rank scoring system based on elapsed time plus penalties for missed targets. The aggregate rank points over the match determines the winners in each category.

Matches are conducted at club, state, national and international level and are generally set between four and 12 stages in main competition, with side events inclusive of long range rifle, team and individual challenge events.

If you have an interest in antique firearms and the skills associated with their use and are prepared to step back in time by dressing in period clothing and re-enacting what life would have been like some 150 years ago, then Single Action Shooting might be your competition.