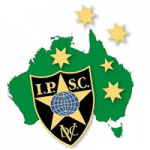 IPSC Australia Inc is the body recognised by the Australian Government for the management and regulation of the sport of Practical Shooting in Australia.

In Practical competition, a variety of target types are used (both paper and steel, stationary and moving, scoring targets and penalty targets). There is no set way these targets are arranged, nor even how many targets are used in a single match.  A competition organiser creates a number of “stages” (conforming to a set of IPSC design rules), each using different numbers and arrangements of targets, to create a shooting challenge that the competitors have to solve as accurately and as rapidly as possible.

Additionally, stages usually require competitors to move away from a starting position to enable them to see and engage all the targets in the stage.  This adds an athletic component to the test, as well as an intellectual one in that the competitor is required to work out the most efficient manner and order of engaging the targets, taking into account his/her own shooting skills, athleticism etc.

Also unlike other shooting disciplines, all participants (male, female, junior) compete together over exactly the same stages, with the same rules and the same scoring procedures.

Only one competitor at a time shoots a stage. At all times this competitor is under the direct observation and control of a trained Range Officer whose primary task is to enforce the match safety rules.  Practical shooting is a safe sport, and IPSC training, rules and procedures will ensure that this continues.

Practical shooting competitors, then, do not train by shooting the set competition over and over again.  There is no set competition.  Instead they practise the skills that are required to fit them to engage whatever stages a match organiser may throw at them.

In Australia, Practical competitions are most often for centre-fire pistols and revolvers of calibres from 9mm to .38.  Stages are normally started with pistols holstered on the belt, and most often will require the competitor to perform reloads of the pistol during the stage.

To attempt to ‘level the playing field’ somewhat, there are five separate divisions in IPSC, so that competitors are competing against shooters with ‘broadly similar’ equipment. The divisions in the official rulebook are Open, Standard, Classic, Production and Revolver. All divisions must use a minimum of .38 calibre (9 mm) projectiles, and a maximum of the same.

Open division allows the largest number of modifications that can be made to increase the usability of the pistol, but this also drives up the cost of such pistols.
Open division pistols can be defined as single action, optic sighted, highly customized guns with light, fast triggers and every possible allowable enhancements to assist rapid shooting and reloads. Some ‘open guns’ can be bought off the shelf, but most are made specifically from parts (frame kits, barrels, etc) by a gunsmith to suit the shooter. Common features and modifications are bull barrels, ports, compensators, grip profile and texture (and colour!) variations, trigger jobs, wide mag wells, thumb rests, ambidextrous safeties, slide lightening, ejection well flaring, chroming, the list goes on and on….
Because International IPSC Rules allows Open division to score major with suitably fast .38 cal projectiles, open shooters can still shoot major – so reasonable peripheral scoring on targets is still an option in Open, keeping stage times quick. The limitation of magazine capacity to 10 rounds has affect the advantage between Open and Standard, but the increased speed of optical sights and rapid recoil recovery given by compensators and other ports will still keep them ahead of the Standard guns, in qualified hands.
The most common varieties seen are the 2011 guns of SVI/STI as shown below. Others less commonly include the Bul M5, ParaOrdnance, Springfield, and other 1911’s, similar to those seen in Standard division. Some use customized Glocks or other such pistols, or S&W 627 38 Super and similar revolvers, but it’s not common.

Standard division pistols can be defined as usually single action, open sighted, fairly customized guns with light, fast triggers and various enhancements to assist rapid shooting and magazine reloads. They can’t have compensators or optic sights. Although ‘Standard guns’ can be bought off the shelf, many shooters have customized modifications made to suit themselves – such as grips changes, trigger jobs, mag wells, modified open sights, etc. Double action and selective double/single action guns can be used – the first shot can be fired single action, if possible.
The split between Production and Standard has now narrowed somewhat, but the fast triggers, wide mag wells, quality open sights and rapid recoil recovery of quality Standard guns will still keep them ahead of the game, in qualified hands.
The most common varieties seen are the 2011 guns of SVI/STI as shown below. Others include Bul M5, Para Ordnance, Springfield, Colt, Kimber, and other 1911’s. Common calibers are 38 Super, 9 mm and 357 Sig.

Production division pistols can be defined as non-single action, open sighted, factory made guns with run-of-the-mill triggers. They can’t have compensators or optic sights – very limited changes to the open sights are allowed. ‘Production guns’ are bought off the shelf or commonly second-hand. The first shot must be fired in double-action, or decocked mode, even if the ability to ‘cock and lock’ exists (such as on a CZ, Tanfoglio, etc).

The ‘power factor’ that can be shot in Production division is always ruled to be minor, regardless of faster bullet velocities. As mentioned, the split between Production and Standard has now narrowed somewhat, but the slower, longer, heavier triggers, generally narrow mag well openings, and slower recoil recovery of Production guns will still keep them slightly behind quality Standard guns.
The most common varieties seen are the Glock, CZ, Beretta, with less common ones being Para Ordnance LDA, Taurus, HK USP, Sig Sauer, etc.

Classic division handguns must be based on and visibly resemble the classic 1911-genre design. This means single-stack, one piece metal frames, and a dust cover (without an accessory rail) which has a maximum length of 75mm when measured from the leading edge of the dust cover to rear of the slide stop pin (that is, no full-length dust covers).
Optical or electronic sights are not allowed, nor are modifications such as slide lightening cuts, thumb rests or slide rackers.

Many shooters have used this new division to return their favoured .45 cal 1911 style guns.

Many of the revolver shooters that shoot in this division will use optic sighted and/or compensated revolvers, and as such the IPSC rules put them into Open Division.
The revolver division is also ruled by stainless steel six guns of .357 Mag caliber. Modifications are limited to cosmetic changes, changing barrels (to same length and manufacturer), modifying open sights, hammers and cylinder releases, and moon clipping. However, any store-bought quality wheel gun is likely to be competitive in this division. Cylinder capacity is not limited, but only six shots can be made before reloading – this is another reason that 8 shot revolver shooters compete in open division.
The limitation of cylinder capacity, and thus increased number of reloads required meant a large different between the times possible for Revolver shooters and other divisions, but with the drop to 10 round for the magazines of the latter, the difference has decreased. Although some very competent revolver shooters compete in Revolver and the unrecognized ‘Open Revolver’ division, they will be somewhat limited by their guns compared to shooters of other divisions of equal skill.
The most common varieties seen are the S&W 686 and Rugers.